Publishing & Monetising a New Mobile App - one week on...

About a week ago, I released a football goalkeeper game on Android's Google Play.

I've decided to share how it performs, in terms of downloads, rankings and money generation, to show that it really is a wild wild ride out there!

Read on for the delicious details!


The game has gained a little OK-ish ranking for the first week. There is a lack of momentum in it's gain which tells me that this is probably not gonna be big, unless some good pick-up happens in the coming week.

Here are the ranking by App Annie as of the writing of this blog post: 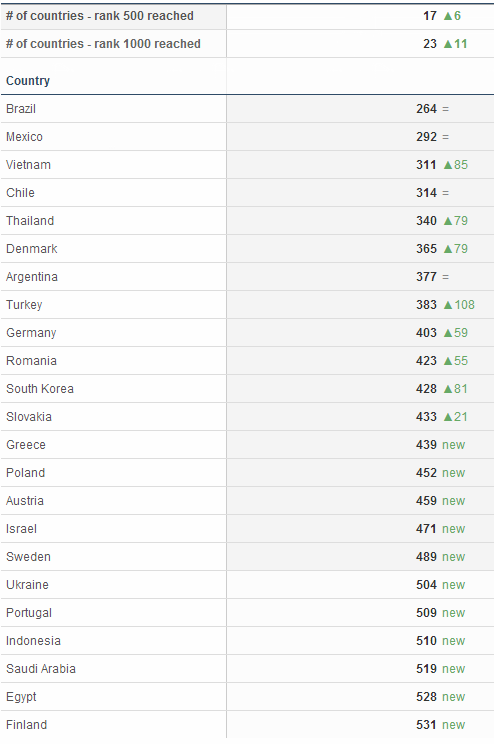 There are a bunch of "new" entries in the list, hope there is a much higher upwards move into the top 100 as the days go by.


The downloads started off pretty solid. Day 2 had made over 500 downloads in total, and it has been growing. The rate at which it is growing though isn't much of a good amount. Thus another reason to believe this one might just be a mediocre performing game.

Here are the daily installs by device stats:

Again, would really wish the stats pick up. It is at number 20 on the top new sports games list on this side of the world, and that is a rather nice ranking. If it can get into the top 10 within the next few days, then there is a great potential of hitting over 100k downloads before the 30 days window ends.

Average rating is so far 3.8. My experience has shown that rating in itself isn't gonna affect you much as long as perhaps you stay above 3.0. My previous game has a ranking of 3.5 and is generating between 25-30k downloads daily. So there goes!

This is probably something that would judge if this was all worth it.

The game is using Heyzap as its monetisation option. And honestly, I am happy with its performance so far. eCPM is at $1.32 using only interstitials and video ads in the game.

Here is the game's revenue so far:

This means I have recouped my initial investment of the game assets and am already in profit. So yeah, not too bad in that sense.

I am gonna hope the game gains more momentum as it isn't at a preferred level for me now. Will keep you guys posted on how it goes.

Have an awesome day ahead! Hope you guys get more successful app launches out too!