Google stepping on my toes: Ads in Google Play searches, how am I affected?

- February 27, 2015
I guess Google woke up yesterday and smelt the coffee. Then it went out for a walk to smell the grass.

Google then went further down their lane to the shops and got themselves some bacon and bread.

As Google was stepping out of the shop, a brick magically dropped from the sky and hit it in the head.

And a realization came to Google, that they have the most popular app on Android, the Google Play market app! Who cares about the brick right?

Show me the Money!

Note: If you're gonna tell me that they been in ads all this while, please, just let me be dramatic a while!

So searches on Google Play would start showing ads in them. Well, it is their eco system after all, they should have the rights to make money from it.

My biggest annoyance with this really is that app discovery is about to get a hell of a lot tougher! Already its tough getting ranked, throw in a few more ads in between the searches, and good luck people!

Get the best Aircraft Combat Game


Before you continue reading, please download and play my latest game published: 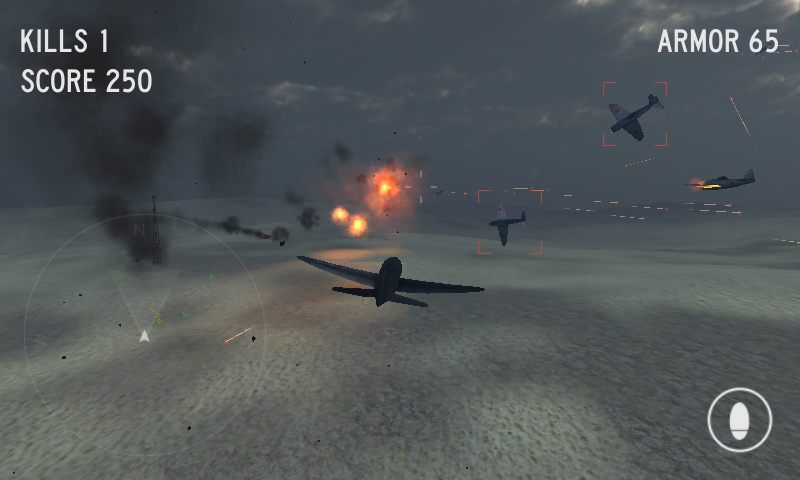 
And then there is the issue of lessened revenue from ads inside apps. More developers with money to advertise might head Google's way to advertise. Leaving ad networks with lower inventory and a lowering eCPM to at least attract some advertisers.

All doom and gloom! Or is it?


Is it really all that bad? I guess time will tell.

Google has ads showing at the top of its online searches too. Has that stopped other web sites and bloggers from achieving fame and fortune?

In the long run, it might prompt developers to up their game. To make better products. So that when keywords are searched, your app shows high on the charts. Right after the sponsored ads.

When ad-blindness starts creeping in (like it has for banner ads in-app), you'll want to be sure your apps are visible. High enough to be visible amongst the top few rankings.

App store optimization will play an even greater role. You'll want to be found.

Click here to subscribe to this blog to be sure to get the best of ASO sent to your inbox.


Ad networks need to innovate further. If an ad network is saying they are going to die due to this, then perhaps its better to get the shovels ready.

Innovation will be needed. Here is a scenario that I'm thinking will play out.

A user searches for "monkey limbo" on Google Play. In search results, Donkey Limbo comes out at top due to advertising.

User thought that's a cooler game. So user installs and limbos his donkey like there is no tomorrow.

Now the user misses his monkey. He goes back to the Play store and downloads one which has monkeys in it. This monkey game is yours.

Here is the opportunity really. You will want to be sure that when a user sees an ad in your app, the user will be attracted to download it.

If  you used admob, chances are Donkey Limbo will be shown again. Its the same case now where Cash of Clans (pun intended) is shown on every ad networks first ad. Its ridiculous!


Okay, maybe Heyzap wasn't the first to do this, but they just came out with a new ad unit called Multi Ad (creative naming huh?).

This ad unit shows multiple ads in interstitial format. Bloody genius, and just in time for the Google Play changes.

Showing multiple ads at a time increases the chances of you scoring a download. App walls also will have similar impact, but we all know inters perform much better.

And then, there are the video ads. If anything, all the folks that been highlighting how big the video ads are going to be will just have another reason to further spread the love of it.

Unless of course if Google starts showing interstitials and video ads in Google Play too! That is for rambling on another day.